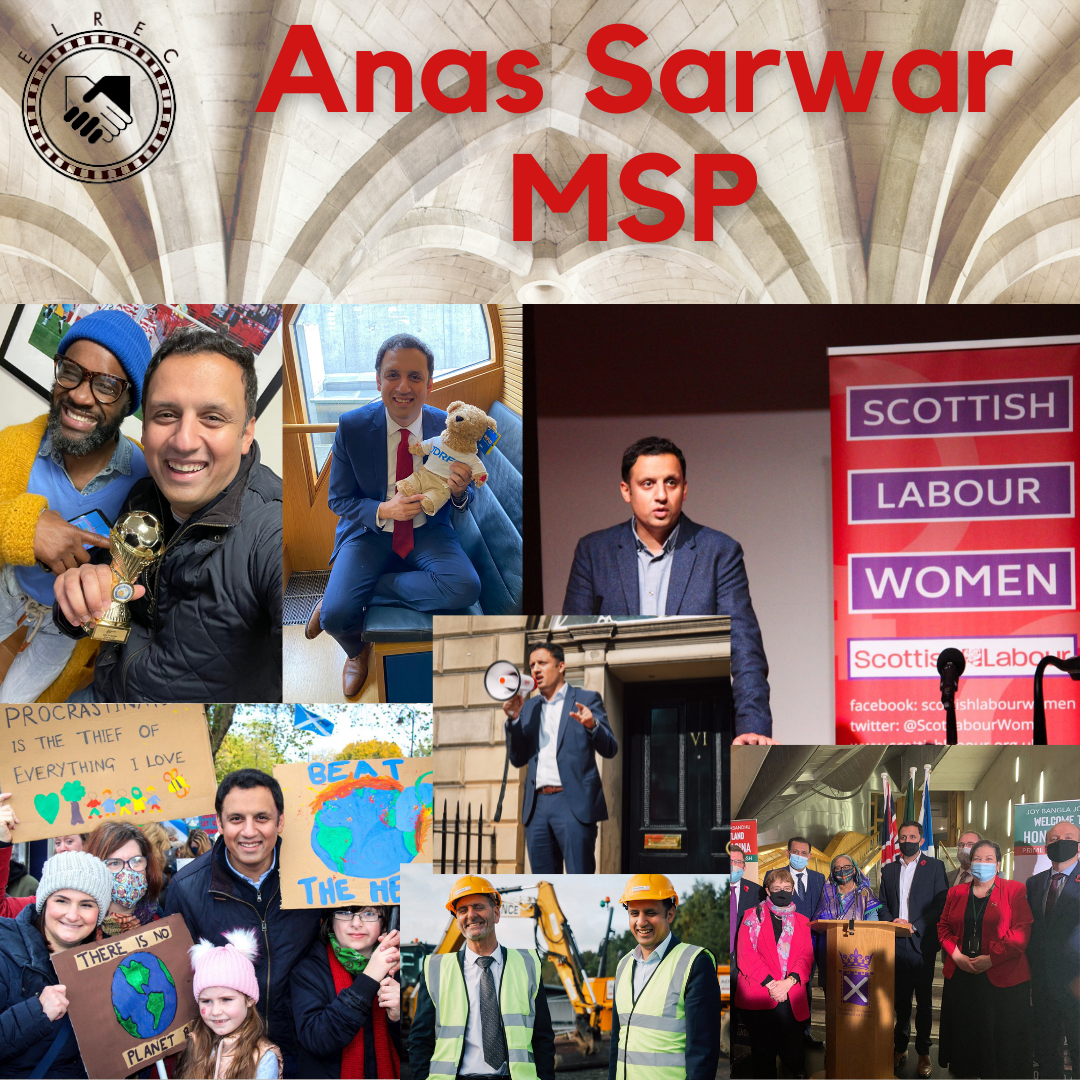 Anas Sarwar is a Scottish politician who has served as Leader of the Scottish Labour Party since 2021. He has been a Member of the Scottish Parliament for the Glasgow region since 2016, having been Member of Parliament for Glasgow Central from 2010 to 2015.
Born in Glasgow to Pakistani Muslim parents, Sarwar was educated at the independent Hutchesons’ Grammar School and studied general dentistry at the University of Glasgow. He worked in Paisley as a dentist until being elected as Member of Parliament for Glasgow Central at the 2010 general election when he succeeded his retiring father, Mohammad Sarwar. During his time in the House of Commons, he served as Deputy Leader of the Scottish Labour Party from 2011 to 2014.
In the Scottish Parliament, he has championed the NHS and its workers. He established an expert-led workforce commission to tackle the staffing crisis in the health service, led the campaign to end the NHS pay cap, and exposed the truth behind the water infection scandal at Glasgow’s largest hospital.
After speaking about the racism he has faced throughout his life, Anas established the Scottish Parliament’s Cross-Party Group on Tackling Islamophobia and has led a campaign against hatred and intolerance.
Outside of parliament, he has worked on a number of charitable projects, founding Glasgow Cares and serving as voluntary president of the Sarwar Foundation. He arranged for ambulances to travel the Greek island of Lesbos to support Syrian refugees, runs an annual a toybank to provide Christmas gifts for children who would otherwise receive nothing, and has supported projects for homeless people in Glasgow.