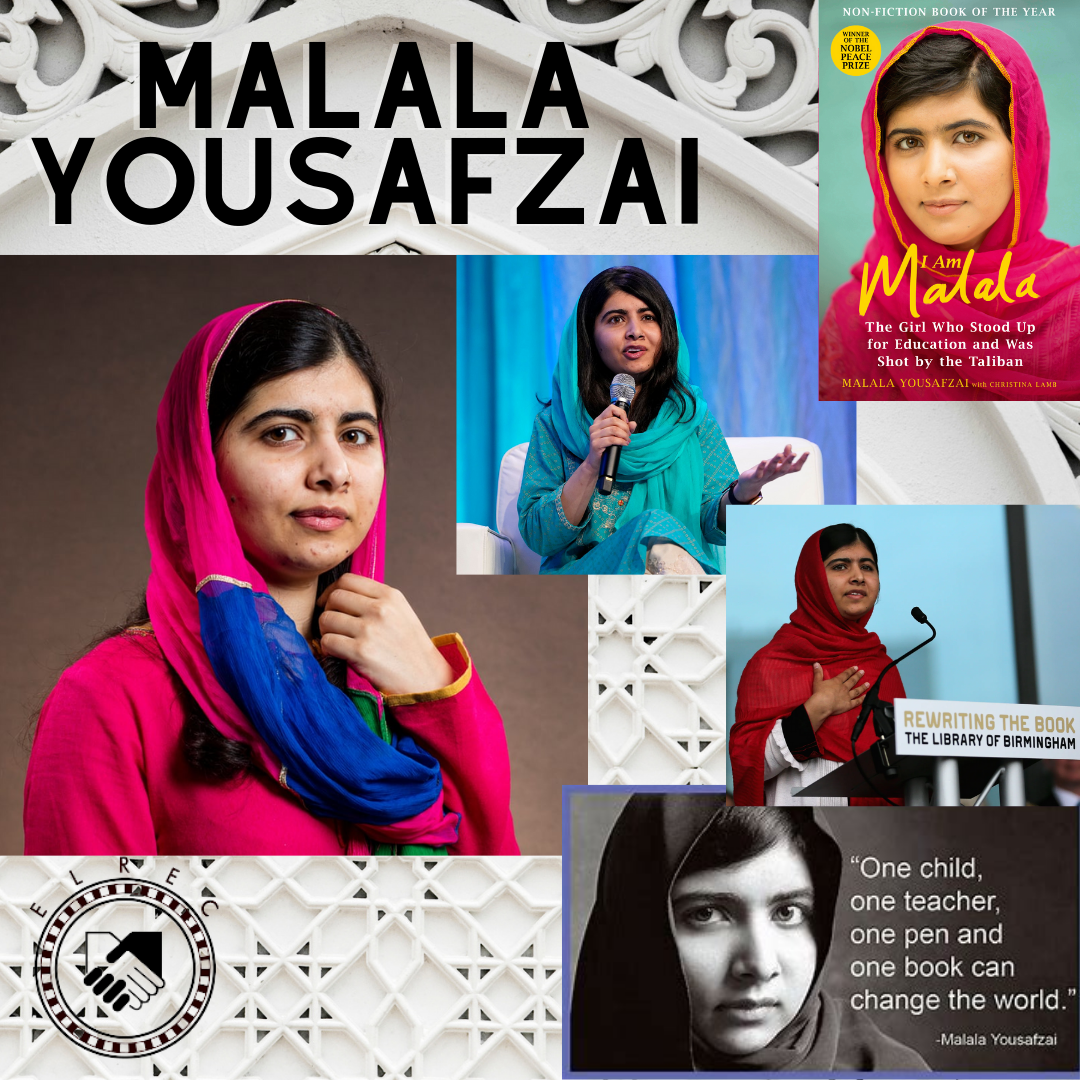 Malala Yousafzai, from Mingora, Swat valley, Pakistan, is a Pakistani activist who, while a teenager, spoke out publicly against the prohibition on the education of girls that was imposed by the Tehrik-e-Taliban Pakistan (TTP; sometimes called Pakistani Taliban). She gained global attention when she survived an assassination attempt at age 15. In 2014 Yousafzai and Kailash Satyarthi were jointly awarded the Nobel Prize for Peace in recognition of their efforts on behalf of children’s rights.
Malala Yousafzai, often referred to mononymously as Malala, is a Pakistani activist for female education and a Nobel Peace Prize laureate. She is also the world’s youngest Nobel Prize laureate.
She was named one of Time magazine’s most influential people in 2013 and appeared on one of the seven covers that were printed for that issue.
Yousafzai co-authored a memoir, I Am Malala: The Girl Who Stood Up for Education and Was Shot by the Taliban (2013). She also wrote the picture book Malala’s Magic Pencil (2017), which was based on her childhood. In 2014 she became the youngest person to win the Liberty Medal, awarded by the National Constitution Centre in Philadelphia to public figures striving for people’s freedom throughout the world.
In July 2015, with support from the Malala Fund, she opened a girls’ school in Lebanon for refugees from the Syrian Civil War. She discussed her work with refugees as well as her own displacement in We Are Displaced (2019).
has signed a deal with Apple TV+ that will see her produce dramas and documentaries focusing on women and children.
The multi-year partnership would “draw on her ability to inspire people around the world”
“I hope that through this partnership, I will be able to bring new voices to this platform, to this stage. I hope that through me, more young people and girls will watch these shows, get inspired.”
#islamopobiaawarenessmonth #saynotoracism #elrec #edinburgh #islamophobiainscotland