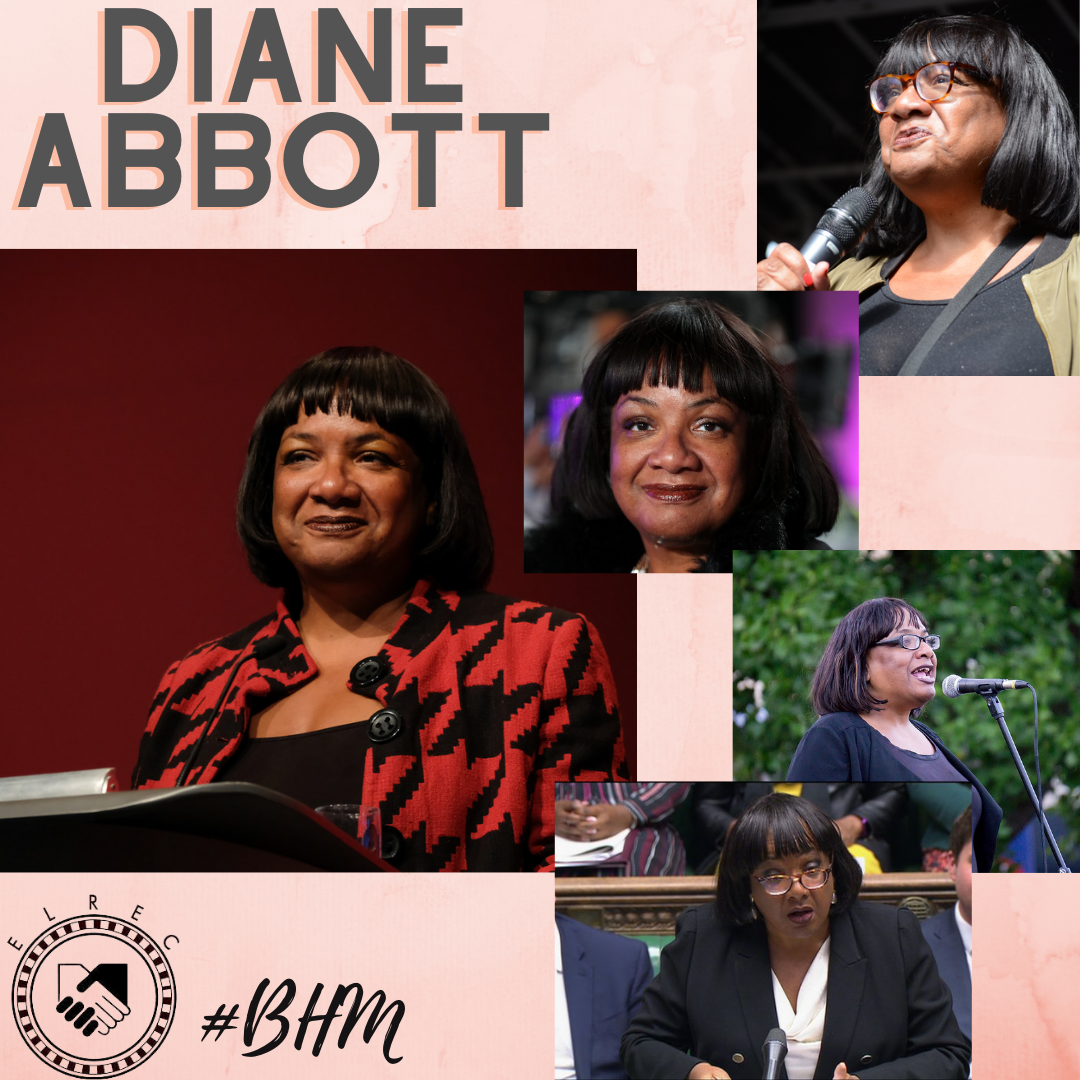 Diane Abbott’s election to represent the London constituency of Hackney North and Stoke Newington made her Britain’s first Black woman MP. Born in London of Jamaican parents, Abbott was educated at Harrow County Girls’ Grammar School and Newnham College, M.A.Hons. History, Cambridge University.
A journalist by profession, she had worked as an administrative trainee with the Home Office; Race Relations Officer for the National Council for Civil Liberties; a reporter with TV AM and Thames Television; Public Relations Officer with the GLC and Head of Lambeth Council’s Press Office.
Abbott was active in the Black Sections movement within the Labour Party and in community politics, including OWAAD (Organisation of Women of African and Asian Descent); the “Scrap Sus” campaign to ban police stop-and-search tactics levelled at Black youth, and was a founder member of the Black Media Workers’ Organisation.
Active for many years in the trade union movement, particularly on race equality issues, Ms Abbott served for a year as Britain’s first Black female Equality Officer in the Association of Cinematograph Television and Allied Technicians. She also served as an elected local councillor in the London Borough of Westminster for four years, during which she was a member of the Environment, Grants and Social Services Committees.