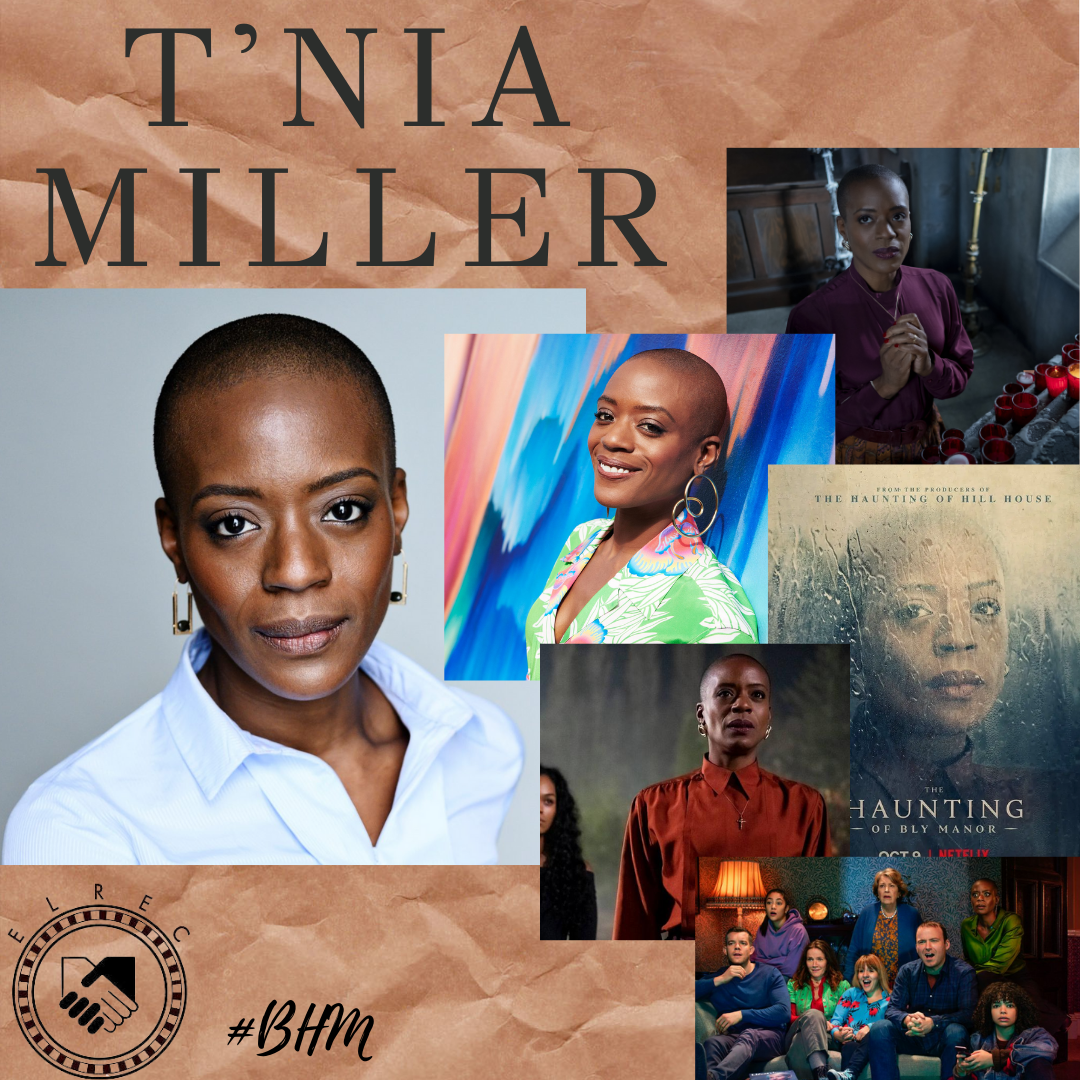 T’Nia Miller is a British actress, known for her appearances in television series including Witless (2016–2018), Years and Years (2019), Free Rein (2019), and The Haunting of Bly Manor (2020).
Miller is known for her shaved head, and when asked about it, she said: “I used to hide behind my hair all the time. I had this long, relaxed hair, and I was thinking, ‘What am I trying to say? What is that about?’ It sort of was a lightbulb moment, and I said: ‘You know what? I’m gonna cut it off. I’ma start from ground zero and grow an afro.’ I was sitting in the barber shop, and he cut my hair and I fell in love with my skull… and I never turned back. And actually, it’s afforded me to be able to play a diverse range of roles – it had totally the opposite effect that I feared. Where I thought I’d be very limited to what I’d be seen for, it’s done the opposite. So this was borne out of an integrity of loving the self and not having to hide, and loving the fact that I’m an African.”
“With my ‘coming out story’, I was very much supported by my family,” she continues, “but there are many children that aren’t. I know as a black actor what it meant to see people like me on the screen, and I think that’s exactly the same when it comes to sexuality and how we identify. That’s why Just Like Us is so important. It helps forge those intergenerational connections.”
Miller says that she had “no exposure, no knowledge, nada” of LGBTQ+ issues growing up. “I’d never seen a queer person on TV and I didn’t know any queer people at all until I got to college. I used to travel from the East End to go to college in Notting Hill and that’s where I met my first queer family, as it were; people who were a little bit different than the social circle I was used to mixing with. My God, it was refreshing.”