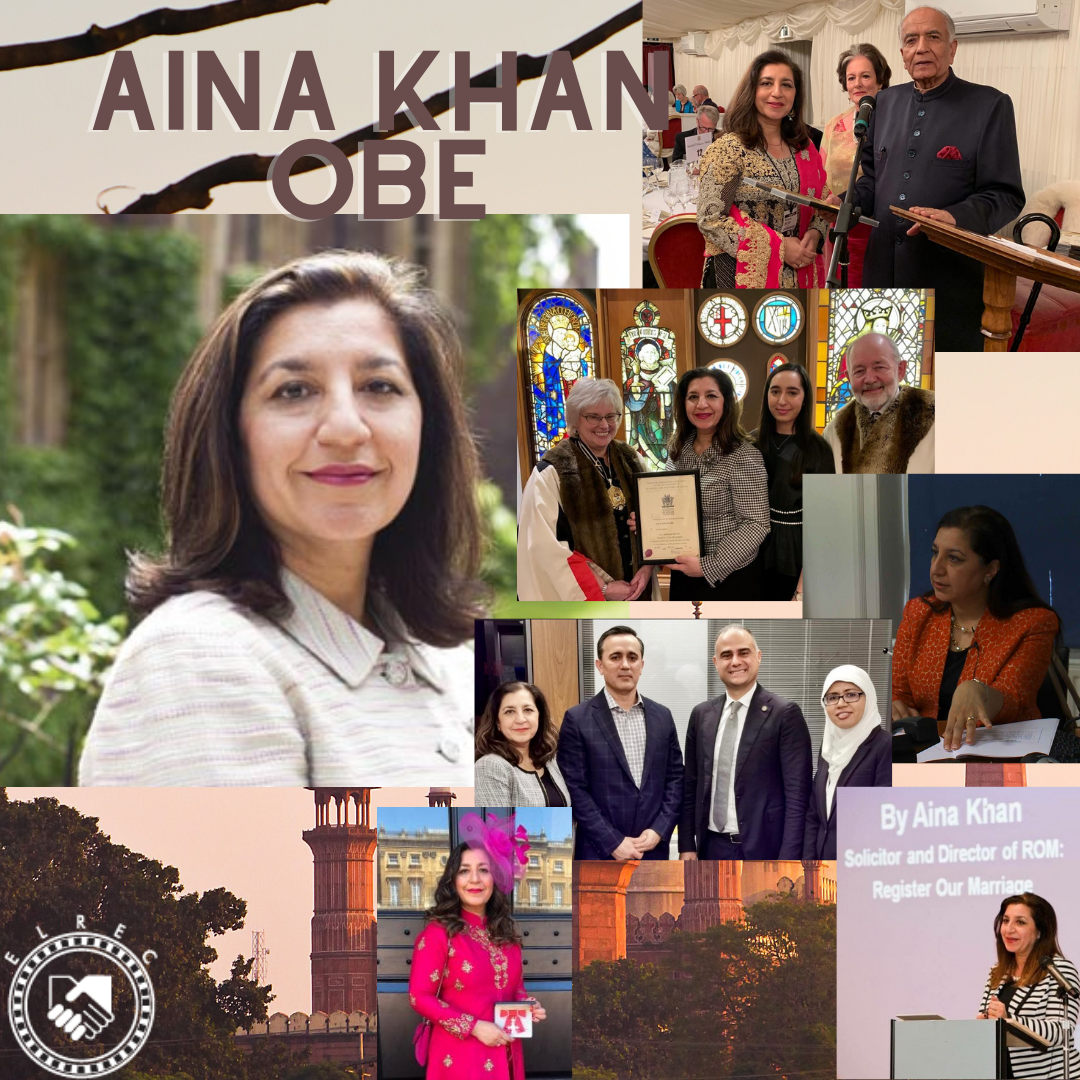 Aina Khan OBE Solicitor is a world-renowned family Law specialist. She provides decisive and speedy legal settlements across the UK and globally. Aina is a leading expert in international families, with an unparalleled knowledge of Islamic and Asian issues. She is regularly instructed to prepare Expert Reports for Judges. Aina Khan works as an International Family Law Specialist with Cross-Sector teams: Private International law, Property, Wealth Management, Commercial, Islamic Finance, Dispute Resolution, Venture Capital, Tech, Oil and Gas. She relies on a personally chosen, trusted network of legal experts – across UK, Europe, Middle East, Far East, South Asia, Africa, North America, South America, Australia. Aina often appears on media, advises government and academics, writes and lectures at the UK and International Universities. Aina Khan explains; “We provide assistance in all the areas in which cultural and religious issues overlap with civil law e.g. Islamic divorce, Inheritance disputes, and Dowry claims for Hindu clients. We act for global families who are sometimes dealing with three or four legal systems. In one case of mine, there were nine different countries involved. It is a fascinating and growing area of law, in a time when people live, work and marry in different countries all over the world.”Aina Khan decided to focus on this area of work right at the beginning of her career, she says.“I found myself specialising in this area at the start of my career, over 25 years ago, because of demand from clients for a niche service.“I started a campaign called ‘Register Our Marriage’ to lobby for reform of English marriage law, to make it compulsory for all faiths to register their religious marriages under civil law. In most countries abroad, religious marriages have to be registered with the state, but in the UK it is up to each faith to volunteer to register. It is only compulsory for three faiths – Church of England, Jews and Quakers. I find this law out of date and not “fit for purpose“ as it has not been updated since 1949.”Aina says, “My campaign spreads awareness of the lack of legal rights of women and children in unregistered religious marriages. This is because they are regarded as just living together and in this country we do not have cohabitation rights. A Muslim husband has sole financial responsibility for supporting his wife and children, so leaving them unprotected and vulnerable defeats the very objective of marriage. It is against Islam to divorce a woman overnight and leave her and the children dependent on welfare benefits or her elderly parents.”(https://www.asian-voice.com/…/Solicitor-Aina-Khan-OBE)