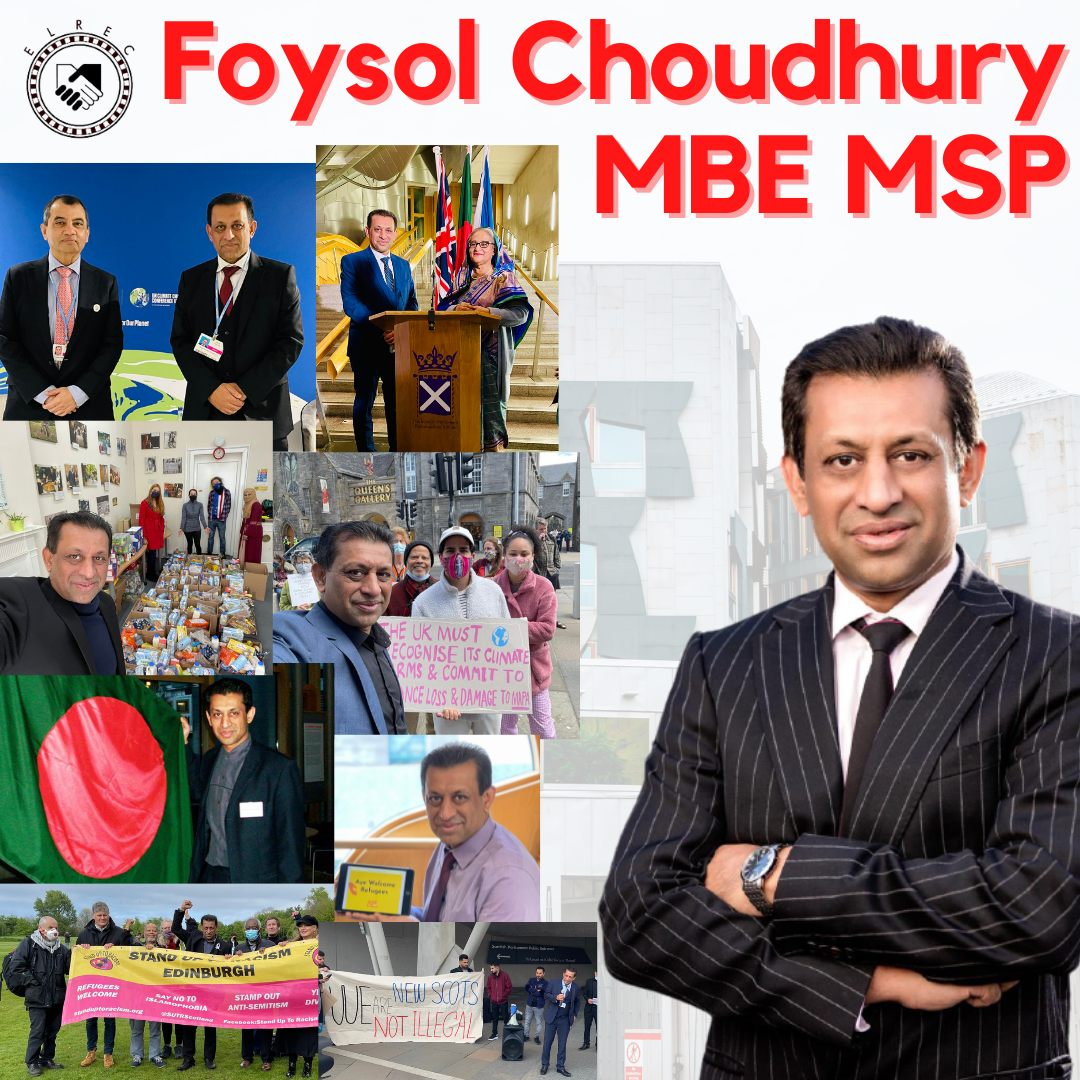 Mr Choudhury is a Scottish Labour politician, currently the Scottish Parliament member for Lothians since May 2021, Shadow Minister for Culture and Europe and International Development. Born in Bangladesh, he moved to Edinburgh over 35 years ago, and studied in the city before taking over the family business in hospitality.

Mr Choudhury has been an active member in the local community for over 30 years, supporting people from diverse backgrounds through Lothian-based charities and community organisations. He’s the Chair of Edinburgh & Lothians Regional Equality Council, a post which he has held for the last 10 years. Mr Choudhury strongly believe in taking positive steps to eliminate inequality and all forms of discrimination.

His contributions to Lothian over the last three decades has not been limited to charity since during this period, he has been heavily involved in his parents’ hospitality business. Initially providing support to his now late father, since taking control, Mr Choudhury has expanded the family business and created many local jobs for the Lothian economy.

It has been through representing the community and meeting with local MSPs and councillors that he became involved with the Labour Party.