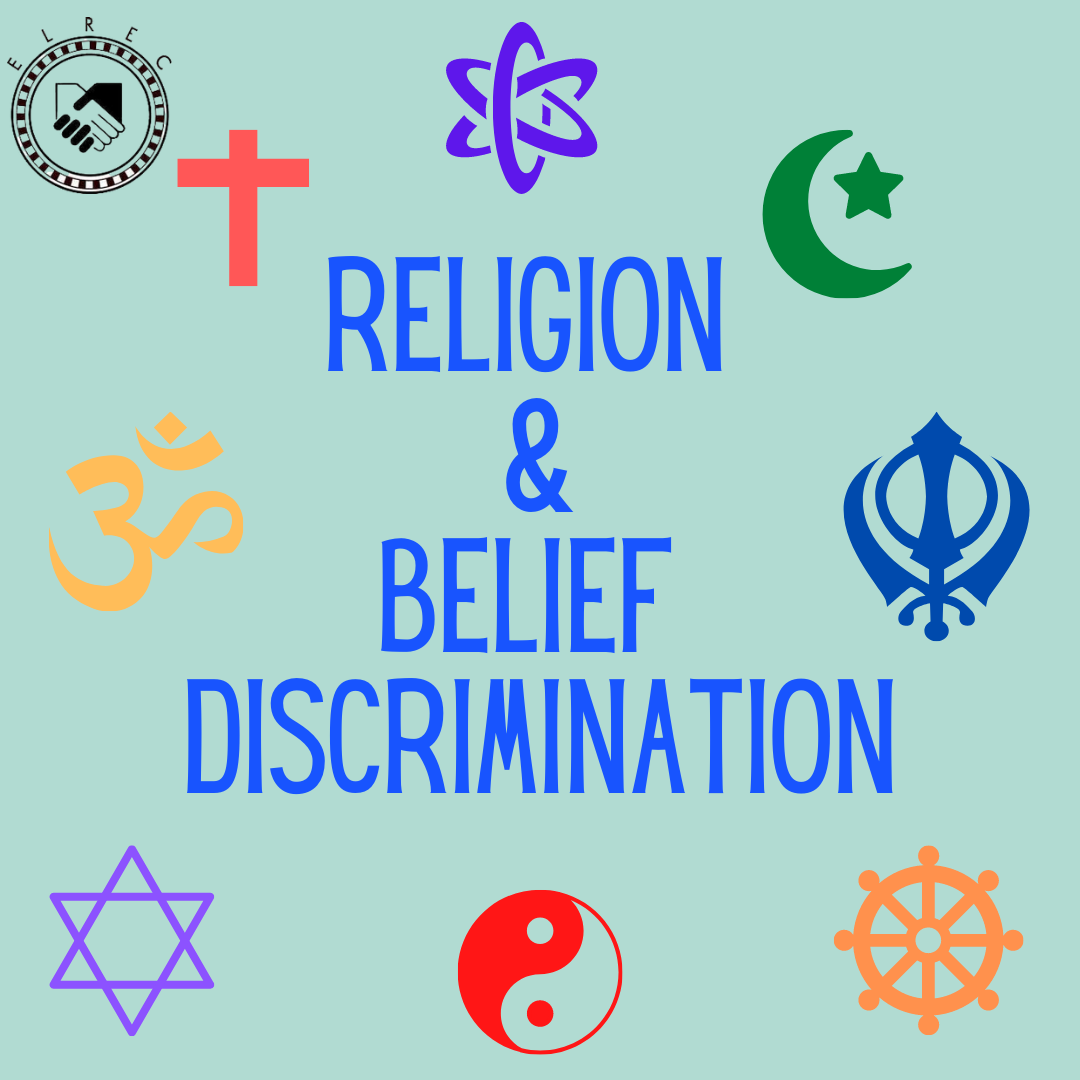 How to fight religion discrimination?
Adhere to the provisions of the Equality and Human Rights Commission’s Code of Practice on Employment. Devise and implement an equal opportunities policy and ensure that it states clearly that there must be no discrimination or harassment against any employee or job applicant on the grounds of religion or belief.

At ELREC, our sole purpose is equality and believe that no one should be treated differently due to their personal beliefs or religion.