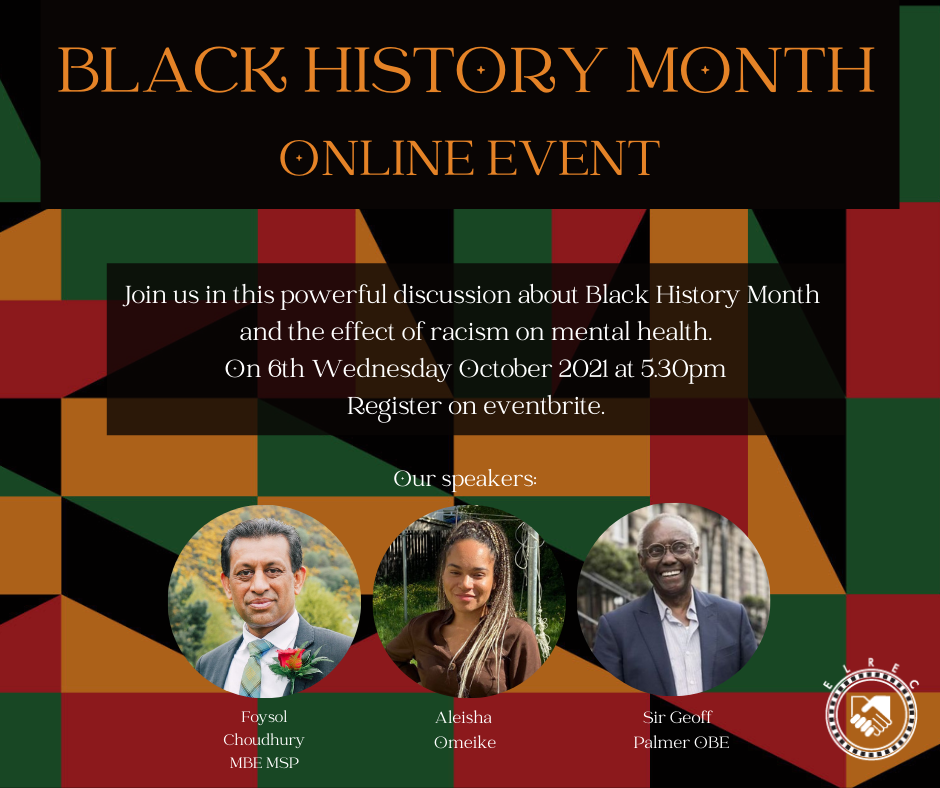 Join us in this powerful discussion about Black History Month and the effect of racism on mental health.

Get your tickets here: https://elrecbhm2021.eventbrite.co.uk

Foysol Choudhury MBE MSP has been a Member of the Scottish Parliament for the Lothian region since May 2021. He also has been involved with the Edinburgh and Lothian’s Regional Equality Council (ELREC) since he was a teenager and has been an active campaigner for equality and good race and interfaith relations in Scotland. He has served the ELREC as a Trustee, company secretary, Vice-Chair and he is currently its Chairman.

Sir Geoff Palmer was the first black professor in Scotland, he is a Professor Emeritus in the School of Life Sciences at Heriot-Watt University in Edinburgh, Scotland. Sir Palmer is also a prominent human rights activist and is involved in a considerable amount of charity work in the community. He wrote a series of articles for the Times Educational Supplement from 1969 to 1971 on way to improve the education of children from ethnic minorities. Currently, he is the Honorary President of ELREC.

Aleisha Omeike is a university student and an intersectional feminist, passionate about empowering everyone. In her free time she enjoys writing and doing research about the things of interest. Aleisha is going into her third year studying psychology, she is committed to achieving her goals regardless of her skin colour or gender.